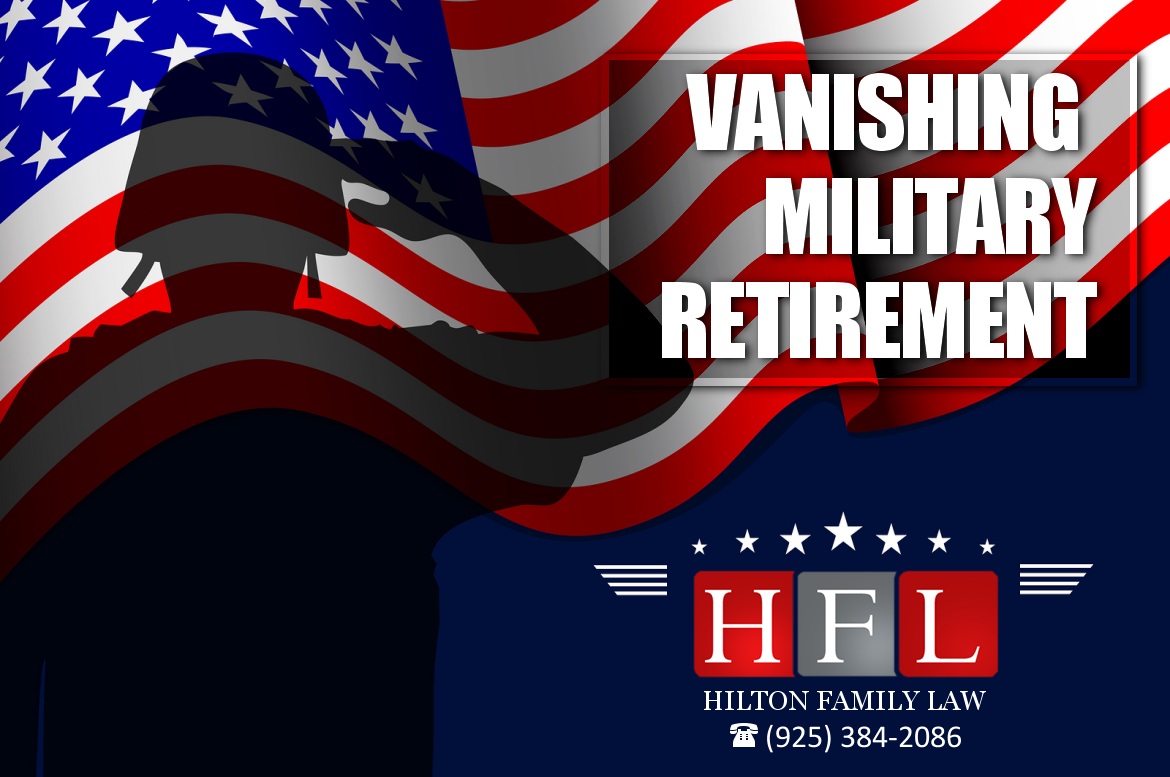 The Case of the Vanishing Military Retirement

In May 2017, the Supreme Court decided a case, Howell v. Howell, involving the division of a military pension and the impact of the military spouses’ election to waive a portion of the pension amount into disability pay, which has long been held to be a non-divisible asset. Meaning the military pension can be divided as community property but disability pay cannot. Disability pay belongs solely to the military spouse. The logic behind this provision is to ensure that the disabled veteran is the person actually receiving the disability benefit. A veteran who becomes disabled during combat has reduced capacity to earn income and the disability pay is intended to compensate the veteran for that loss and should not be considered a retirement benefit to the veteran’s former spouse.

Until recently, state courts were permitted to order veterans to compensate the former spouse for any reduction in their military pensions due to the spouses’ election to waive a portion of their pension into a disability payment. In Howell v. Howell, the U.S. Supreme Court held, however, that the state courts do not have the authority to make such an order.

What Does This Mean fo Ex-Spouses?

Here’s an example: Wife receives $650 per month from her former spouses’ military pension. Husband is determined to have a disability rating that causes Wife’s portion of his pension to be reduced to $500 per month. State courts are no longer permitted to order Husband to indemnify Wife for the reduced payments.

It is clear that the reduction in pension plans based on the military spouse waiving the pension to receive the disability pay is now settled law. The U.S. Supreme Court could not have been clearing in its decision. If you find yourself in this situation and you have questions about how this law can impact you and your case, then please contact my law firm.

Family law is always changing, but I believe that the underlying premise of fair and equitable distributions of the estates’ assets and debts remain intact.