How to Avoid Hiring a Divorce Attorney like Me 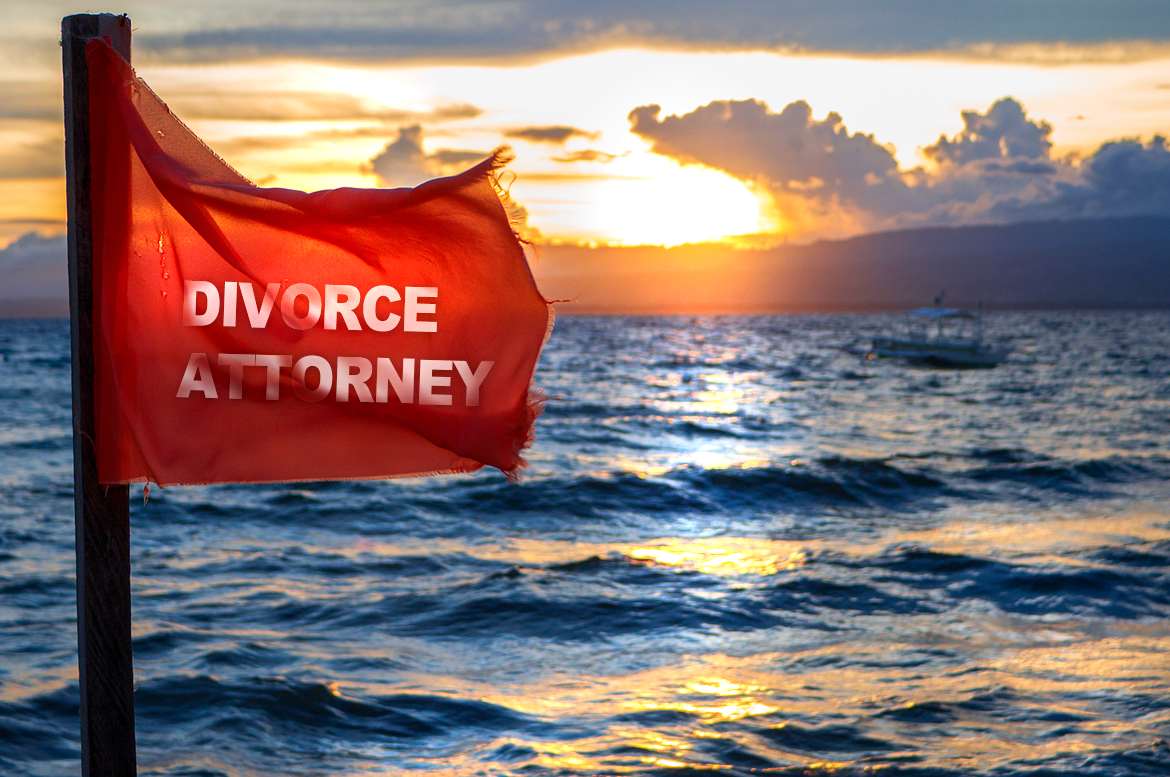 Don't Ignore Red Flags Before You Say I Do

Hiring a divorce attorney is an emotional and expensive process. The best way to avoid a messy divorce, is to marry the right person, be faithful, and treat each other well. Now, this doesn’t always work and then you hire me and all hell breaks loose. But it doesn’t have to be that way.

Every day, I see people who should have never married. They ignored all the red flags and ran head first “in love” into a doomed marriage. Now, not all marriages are doomed. I believe in marriage!! Especially if you want to have children, but ignoring these red flags are not advisable.

Additionally, these red flags don’t all hold the same weight. Some red flags – controlling tendencies or anger may be harder to address and overcome than say, lack of financial self-control. can connect you to people and resources to address these issues before you say I do and see if you should instead say I don’t.

There is NEVER a place for violence in a relationship. If you have physical violence in your relationship, I cannot say strongly enough that you can get out and I can put you in contact with the resources necessary to do so. The kind of anger that I mean to address here and that I often see in my client’s relationships, is the kind of anger that builds into resentment when left unaddressed. Before getting married, evaluate how your significant other deals with built up anger in his/her life. Do every day little things cause them to lash out? Do they hold onto it until one day they explode and take all the built-up anger out on you? Do they ignore that they have built up anger as the result of past hurt and therefore can’t address the true source of conflict in your relationship? Unresolved anger in a marriage so often leads to the end of the marriage. If you are already experiencing this kind of anger with your significant other, I encourage you to seek help in resolving the cause of the anger before making a commitment to marriage.

Does your partner avoid conflict at all costs? Do they like to sweep all the issues under the rug in an attempt to avoid discussing the problem? If so, this behavior will not disappear in marriage or provide for a marriage free from conflict. What often I see happen, is that the conflicts that were never addressed throughout the years build and build until either one party is so distant that the marriage falls apart or the pile of unresolved conflict under the rug becomes a mountain too large to overcome and one party walks away. Take the time to find the best way to communicate with your significant other so that you can address conflict in a healthy manner. Do this before you get married so that you don’t have to deal with it afterwards and you know whether the other person is able to forgive and move one after a conflict is resolved.

Control behavior can take many forms. For many of my clients it can come in the form of financial control. Does your significant other have control of all of the finances in your relationship? Do they minimize your involvement or your competency to handle them? If so, this will likely get worse in marriage. Control also can rear its ugly head in the form of manipulation, guilt, blame, shame, isolation, or verbal or physical aggression. Control in the early stages of a relationship is a major red flag that MUST be addressed before even contemplating marriage. Many of my clients with a controlling spouse carry a lot of guilt and hurt and can take a lot of time to be free from that control, even after the divorce is final.

On the flip side, lack of self-control can show up in a range of areas in a relationship, including: finances, employment, and relationships with others. If your significant other has gotten themselves into debt due to extreme spending or a lack of discipline to follow a budget? This can have extremely negative consequences on your marriage. Has your significant other failed to hold a job? Often a lack of self-control also is accompanied by refusing to accept responsibility. Do you find that your partner often places the blame on you or others? Is the fact that they bounce from job to job always someone else’s fault? Following one’s passions can be a good thing, but if your partner follows his/her impulses without regard for you or others, this can lead to major issues in marriage.

I may sound like a broken record, but dishonesty can also take many forms; from hiding finances to omitting information about a past relationship, dishonesty at the outset of a relationship is a red flag that is indicative of much larger issues in a marriage. If you have experienced dishonesty and have dismissed it, please be aware that ignoring that dishonesty can have devastating consequences in your marriage. From extramarital affairs to financial isolation - dishonesty in marriage can lead to divorce. If you cannot trust your partner before a marriage commitment, it will be much harder to trust them as the lies become greater. A dishonest partner in a divorce proceeding can cause unnecessary litigation, additional delays and an expensive discovery process.

You cannot fix your significant other. You can support them in getting help, but only if they truly want to help themselves. It is so easy to rationalize or overlook problems that can intensify into addiction during marriage. Pornography, alcohol, substance abuse, sexual affairs. I have many clients who thought that by getting married (or worse having a child!) it could fix the problems the other party was having. All too often, this backfires and the addiction that was present in the beginning of the relationship intensifies. Addiction can be treated, but if your significant other denies a problem or refuses to seek help this is a red flag that almost assuredly will result in the end of the marriage.

If you are considering marriage and your proposed partner displays some of these behaviors, then you may want to reconsider the marriage. Or start a special savings account for attorney’s fees. Because you will likely end up in my office. Happily Ever After is possible, but only with the right person.